Warning: "continue" targeting switch is equivalent to "break". Did you mean to use "continue 2"? in /nfs/c06/h07/mnt/90619/domains/maxseybold.com/html/wp-content/themes/suffusion/functions/media.php on line 631
 About Max Seybold » The New Good Enough 
Warning: Declaration of Suffusion_MM_Walker::start_el(&$output, $item, $depth, $args) should be compatible with Walker_Nav_Menu::start_el(&$output, $item, $depth = 0, $args = Array, $id = 0) in /nfs/c06/h07/mnt/90619/domains/maxseybold.com/html/wp-content/themes/suffusion/library/suffusion-walkers.php on line 39

I was born and raised in Germany, just South of Stuttgart in beautiful Swabia (“Schwaben”), went to college/university in Nuremberg (MBA, law undergrad) and started my first company when IBM introduced the personal computer to the German market. Since there was no German language software available in early 1983 I had an idea, approach IBM and quickly develop general ledger and payroll applications for the German market. IBM agreed (they didn’t take me seriously though), provided me with me a loaner PC, and 6 weeks later, 2 packs and 3 pots of coffee a day, almost no sleep I presented my applications written in BASIC Interpreter to Big Blue. IBM responded “why not” and offered my apps through their IBM stores all over Germany. It worked, people bought it and I just recently found out that there are still some small companies using my general ledger developed in 1983. Speaking of, 1983 was also the year when I met Bill Gates and Steve Jobs the first time. Bill was all about world domination, Steve mostly talked about next generation products, I mostly listened, I was new to all of this.

In the mid 90ies I sold a stake of my companies to an Indian company, Pertech Computers Limited” (PCL). The idea was to use “The Seybold Group”s” know-how as blueprint for global expansion, bundle it with inexpensive Indian resources, and sell it into the largest market of the world, the United States of America. PCL was a PC vendor and contract manufacturer, they envisioned a bright future for application software. I traveled to India frequently, recruited about 3,500 employees in two years and learned about the depth and beauty of the Indian culture, but also poverty, lack of education and indifference.

I brainstormed a lot with people of all casts and classes about how to make a difference, how to change the status quo. This was the time when the Internet took off, and we concluded that if every child would have their own computer, access to the Internet and high quality learning content, it actually would make a difference, the remedy for “Digital Divide”.

I left PCL/Mindware in 1997 for personal reasons, ran (turned around) a publicly traded software company based in Chicago and later mostly worked as interim-CEO for start-up companies in Silicon Valley.

Sometimes in 2007, more by accident than by design, I became intrigued by the possibilities of “cloud computing”. What if most of the applications would be hosted and didn’t run locally on expensive PCs anymore? The cost of hardware would go down significantly and inexpensive “Internet Access Devices” would become affordable for the broad masses, for low-income groups, for developing countries, for my “Indian Morning” friends in Bangalore, New Delhi, Hyderabad and Mumbai.

It all started with a project code-named “consumer cloud computing”, generously supported by Freescale in Austin, Texas. In spring of 2008 I introduced the first prototype to a group of Standford students and expected no less than rejection and criticism. The group love it, called it “sweeter than an Apple”, what later became “Cherrypal”, a Cherry is sweeter than an Apple, isn’t it. The Cherrypal C110 desktop computer was offered for $249.00 US retail, power consumption of less than 2 Watts, built with 80% less components, Linux/Debian based cloud computing operating system. Sales took off like a rocket, the first batch of 10,000 units sold out in less than 4 hours and we received 2.5 million unique users on our website per day. The desktop was just the “proof of concept” device, simultaneously we started with the design of a phone, a laptop and a tablet computer.

Unfortunately in September of 2008 our real-estate heavy main investor imploded and Cherrypal’s growth plans died overnight. Despite the advice of “friends and family” I decided to keep going, operated Cherrypal on a shoestring, and survived.

In December of 2009 I introduced the first $99 laptop computer in the world and made a major entry in markets in the developing world. In order to support our new partners Cherrypal started the “Good Morning Edwin” initiative, “Edwin” is short for “Education Wins”. Demand for “Good Morning Edwin” was overwhelming for little Cherrypal so I decided to spin it off and form “The Education Wins (Edwin) Foundation” in September of 2010. 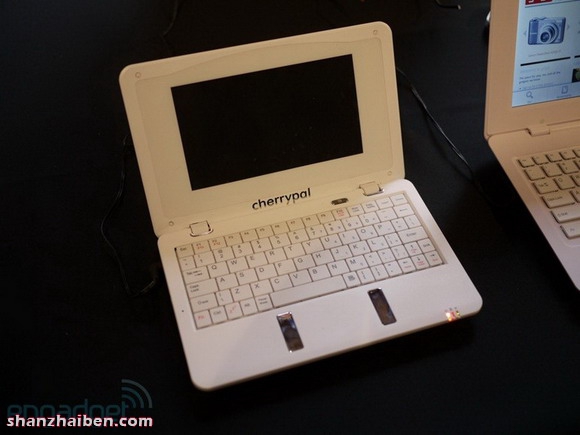 After four years of cherrypaling, numerous unjustified personal attacks and humiliation but also unbelievable positive feedback and encouragement I consider myself today a “serial entrepreneur and humanitarian activist” and would very much like to inspire others to join me. “Cherrypalize” the world with me!

What do I mean with “cherrypalize the world” with me? We live in a world of broken systems, incompetent governments, irresponsible companies, neglect of education and environment, we all don’t try hard enough. The “New Good Enough” means that we shouldn’t accept the status quo, little steps make a big difference, we should consume less, educate more, care more about others and the environment, inspire more, the “New Humility” is the “New Good Enough”.

Recently I made some career adjustments:

First, I accepted a position at Epesitec, an Original Design Manufacturer (ODM) that embraces Cherrypal’s “good enough” design principles and cloud computing architecture I have been working on for the last four years.

Second, I donated the Cherrypal brand to the Edwin Foundation and will focus, besides “good enough” hardware design for Epesitec, on the next generation application software development (LillyBerry) as well as inexpensive mobile “phone” (or rather Internet Access Devices, like tablets) communication (like LTE and WiFi hybrids) for the future. Under the leadership of the Education Wins (Edwin) Foundation the Cherrypal brand will focus in a not-for-profit way to provide high quality devices for the lowest possible price.

I am one step closer to my goals, but it’s still a long way to go. I would like to share my “New Good Enough / New Humility” thoughts with you in this blog. Hope you will enjoy them, hope they will be “good enough”, hope you will be proactive, subscribe and provide feedback. 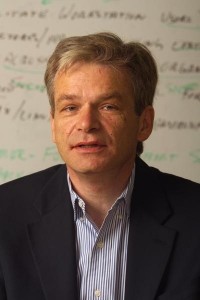 6 Responses to “About Max Seybold”